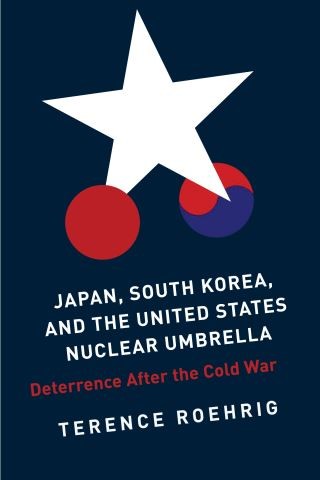 Deterrence After the Cold War

For close to sixty years, the United States has maintained alliances with Japan and South Korea that have included a nuclear umbrella, guaranteeing their security as part of a strategy of extended deterrence. Yet questions about the credibility of deterrence commitments have always been an issue, especially when nuclear weapons are concerned. Would the United States truly be willing to use these weapons to defend an ally?

In this book, Terence Roehrig provides a detailed and comprehensive look at the nuclear umbrella in northeast Asia in the broader context of deterrence theory and U.S. strategy. He examines the role of the nuclear umbrella in Japanese and South Korean defense planning and security calculations, including the likelihood that either will develop its own nuclear weapons. Roehrig argues that the nuclear umbrella is most important as a political signal demonstrating commitment to the defense of allies and as a tool to prevent further nuclear proliferation in the region. While the role of the nuclear umbrella is often discussed in military terms, this book provides an important glimpse into the political dimensions of the nuclear security guarantee. As the security environment in East Asia changes with the growth of North Korea's capabilities and China's military modernization, as well as Donald Trump's early pronouncements that cast doubt on traditional commitments to allies, the credibility and resolve of U.S. alliances will take on renewed importance for the region and the world.