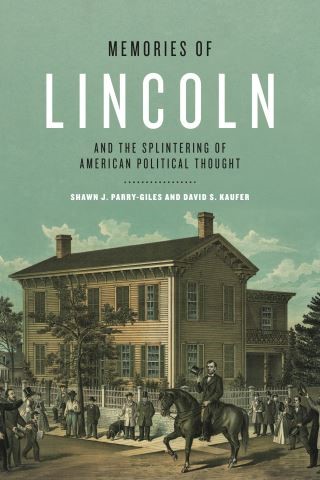 Memories of Lincoln and the Splintering of American Political Thought

In the aftermath of the Civil War, Republicans and Democrats who advocated conflicting visions of American citizenship could agree on one thing: the rhetorical power of Abraham Lincoln’s life. This volume examines the debates over his legacy and their impact on America’s future.

In the thirty-five years following Lincoln’s assassination, acquaintances of Lincoln published their memories of him in newspapers, biographies, and edited collections in order to gain fame, promote partisan aims, champion his hardscrabble past and exalted rise, and define his legacy. Shawn Parry-Giles and David Kaufer explore how style, class, and character affected these reminiscences. They also analyze the ways people used these writings to reinforce their beliefs about citizenship and presidential leadership in the United States, with specific attention to the fissure between republicanism and democracy that still exists today. Their study employs rhetorical and corpus research methods to assess more than five hundred reminiscences.

A novel look at how memories of Lincoln became an important form of political rhetoric, this book sheds light on how divergent schools of U.S. political thought came to recruit Lincoln as their standard-bearer.

Shawn J. Parry-Giles: Shawn J. Parry-Giles is Professor of Communication at the University of Maryland. Her most recent book is Hillary Clinton in the News: Gender and Authenticity in American Politics.David S. Kaufer is Paul C. Mellon Distinguished Professor of English at Carnegie Mellon University and coauthor of Arab Women in Arab News: Old Stereotypes and New Media.