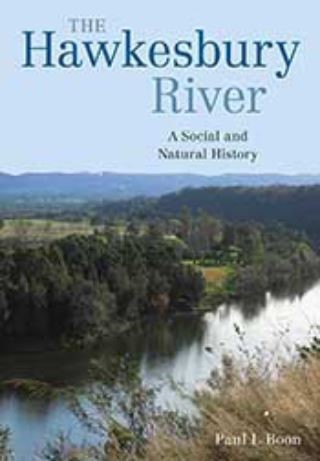 A Social and Natural History

The Hawkesbury River is the longest coastal river in New South Wales. A vital source of water and food, it has a long Aboriginal history and was critical for the survival of the early British colony at Sydney. The Hawkesbury’s weathered shores, cliffs and fertile plains have inspired generations of artists. It is surrounded by an unparalleled mosaic of national parks, including the second-oldest national park in Australia, Ku-ring-gai National Park. Although it lies only 35 km north of Sydney, to many today the Hawkesbury is a ‘hidden river’ – its historical and natural significance not understood or appreciated. Until now, the Hawkesbury has lacked an up-to-date and comprehensive book describing how and when the river formed, how it functions ecologically, how it has influenced humans and their patterns of settlement and, in turn, how it has been affected by those settlements and their people. The Hawkesbury River: A Social and Natural History fills this gap. With chapters on the geography, geology, hydrology and ecology of the river through to discussion of its use by Aboriginal and European people and its role in transport, defence and culture, this highly readable and richly illustrated book paints a picture of a landscape worthy of protection and conservation. It will be of value to those who live, visit or work in the region, those interested in Australian environmental history, and professionals in biology, natural resource management and education.