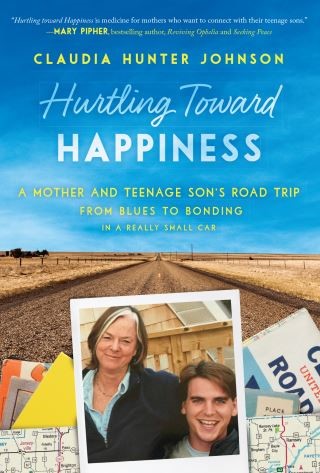 The Funny, Wise, Bighearted Story of a Bonding Road Trip—and the Healing Power of Human Connection

When Claudia’s sixteen-year-old son, Ross, announces he’s quitting high school and leaving home a year early, she panics because they’re so disconnected she’s afraid she’ll lose him forever. Then a small miracle happens—they discover they have the same escape fantasy, to head west on I-10 to where she grew up, in Corpus Christi, Houston, and Kingsville, Texas. So, on a tight budget and with the expense clock ticking, they travel from Tallahassee to Texas and back, 2,400 miles in one week.

But the distance they cover transcends the miles that they drive. Along the way Claudia recounts the sometimes hilarious, often harrowing, but ultimately courageous Texas family story that defined her childhood and is Ross's heritage—a story that centers on her own mother's path-breaking journey from a family history of dysfunction, alcoholism, and abuse to create a life for herself and a loving home for her children. As Claudia and Ross spend time together, sharing stories and laughter, she's able to see more clearly the young man her son has become, and he takes responsibility for his unhappiness and finds a solution.

With prose that is nimble, vivid, and rich in humor, here is a spirited testament to the crucial bond between mothers and children.

Claudia Johnson: Claudia Hunter Johnson is an award-winning writer, screenwriter, and documentary filmmaker. Her memoir Stifled Laughter was nominated for the Pulitzer Prize and won the inaugural PEN/Newman's Own First Amendment Award, and her Civil Rights documentary, The Other Side of Silence: The Untold Story of Ruby McCollum, won Best Florida Documentary at the Ft. Lauderdale International Film Festival and the Gold Jury Prize at Seattle’s Social Justice Film Festival. She has taught screenwriting at Florida State University and USC. She divides her time between Annandale, Virginia, and Nova Scotia.