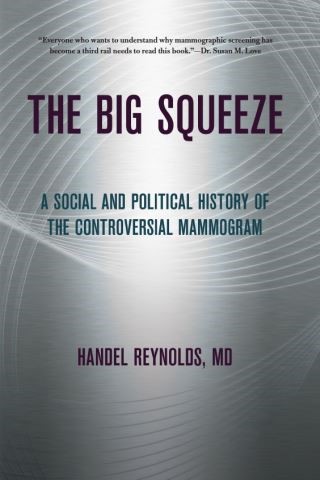 A Social and Political History of the Controversial Mammogram

In 2009, an influential panel of medical experts ignited a controversy when they recommended that most women should not begin routine mammograms to screen for breast cancer until the age of fifty, reversing guidelines they had issued just seven years before when they recommended forty as the optimal age to start getting mammograms. While some praised the new recommendation as sensible given the smaller benefit women under fifty derive from mammography, many women's groups, health care advocates, and individual women saw the guidelines as privileging financial considerations over women's health and a setback to decades-long efforts to reduce the mortality rate of breast cancer.

In The Big Squeeze, Dr. Handel Reynolds, a practicing radiologist, notes that this episode was only the most recent controversy in the turbulent history of mammography since its introduction in the early 1970s. In a book written for the millions of women who face the decision about whether to get a mammogram, health professionals interested in cancer screening, and public health policymakers, Reynolds shows how pivotal decisions made during mammography’s initial launch made it all but inevitable that the test would be contentious. He describes how, at several key points in its history, the emphasis on mammography screening as a fundamental aspect of women’s preventive health care coincided with social and political developments, from the women’s movement in the early 1970s to breast cancer activism in the 1980s and ’90s.

At the same time, aggressive promotion of mammography made the screening tool the cornerstone of a huge new industry. Taking a balanced approach to this much-disputed issue, Reynolds addresses both the benefits and risks of mammography, charting debates, for example, that have weighed the early detection of aggressively malignant tumors against unnecessary treatments resulting from the identification of slow-growing and non-life-threatening cancers. The Big Squeeze, ultimately, helps to evaluate the ongoing public health controversies surrounding mammography and provides a clear understanding of how mammography achieved its current primacy in cancer screening.