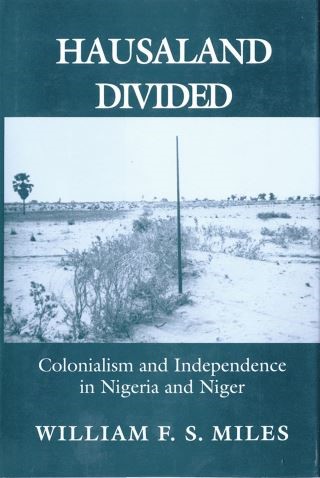 Colonialism and Independence in Nigeria and Niger

How have different forms of colonialism shaped societies and their politics? William F. S. Miles focuses on the Hausa-speaking people of West Africa whose land is still split by an arbitrary boundary established by Great Britain and France at the turn of the century.

In 1983 Miles returned as a Fulbright scholar to the region where he had served as a Peace Corps volunteer in the late 1970s. Already fluent in the Hausa language, he established residence in carefully selected twin villages on either side of the border separating the Republic of Niger from the Federal Republic of Nigeria. Over the next year, and then during subsequent visits, he traveled by horseback between the two places, conducting archival research, collecting oral testimony, and living the ethnographic life.

Miles argues that the colonial imprint of the British and the French can still be discerned more than a generation after the conferring of formal independence on Nigeria and Niger. Moreover, such influences persist even in the relatively remote countryside: in the nature of economic transactions, in local education practices, in the practice of Islam, in the operation of chieftaincy. In Hausaland as throughout the world, the border illuminates the vital differences between otherwise similar societies.