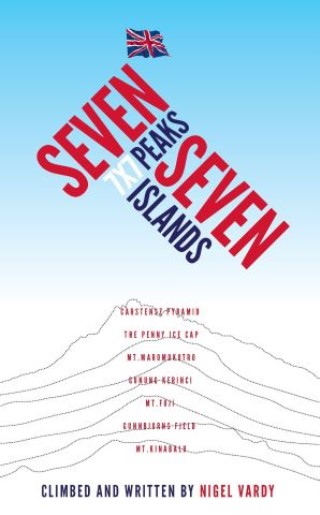 In 1999 British mountaineer Nigel Vardy lost all his toes, fingertips and suffered severe heel damage trapped overnight in a savage, life-threatening storm below the summit of Mt. McKinley, North America's highest mountain. This is an inspiring, highly-readable personal account of how he went on to climb the highest mountains on the world's seven largest islands, from the frozen Arctic to jungle-clad active volcanoes, despite his foot damage that would have crippled most of us. Nigel epitomises the life principle that "The only limits in our lives are those we accept ourselves", challenging each of us to examine our own lives and goals once again.

Nigel Vardy: Nigel Vardy is a record breaking Mountaineer, motivational speaker and author, who describes himself as '6"2, blue eyed and scarred. In 1999, he suffered severe frostbite whilst climbing on Mt McKinley in Alaska, leading to horrendous amputations of his fingers, toes and nose. Nigel says watching parts of his body die were some of the hardest days of his life. "Those tiny things suddenly became so important, especially when faced with the prospect of losing them." His niece remarked 'Uncle Nigel has feet like a teddy bear!' After three years recovering from his injuries, Nigel returned to high altitude and climbed Island Peak in Nepal. Since the he has climbed on almost every continent, bashed through miles of jungle and taken part in African relief expeditions. He has appeared on national and international TV and radio and written extensively about his experiences. Writing has helped his recovery and proved a source of inspiration for many people. Nigel has since also completed a British first. He climbed the highest peaks on the world's seven largest islands.