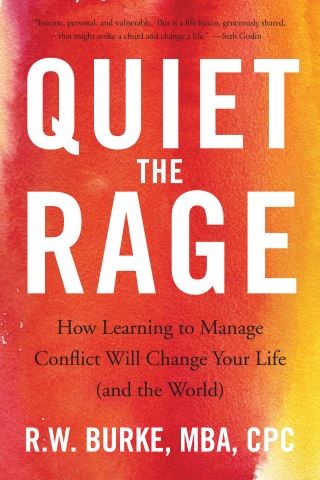 In a world with more than 7 billion people, 196 countries, 7,000 spoken languages, and close to 30 religions, the probability of one group or one person intentionally or unintentionally offending another group or another person is absolutely certain. Many people limit themselves in life based on their inability to get along with others, and too often we allow ourselves to be ruled by our emotions. When we’re emotionally reactive, we’re not our best selves, nor do we produce the smartest outcomes. Emotional reactions create winners and losers. And winning directly at the expense of another is actually losing in disguise, due to the resentment it inspires in the loser. Often, people get stuck in a pattern of reacting emotionally, long past the time when the combativeness that once served them no longer does; long past the time when the pattern has become destructive without them being aware of it. For everyone who wants to change that part of themselves—everyone who wants more peaceful interactions and more successful outcomes, but doesn’t know how to achieve that—Quiet the Rage is the answer.

R.W. Burke: R.W. Burke is a Certified Professional Coach through the Institute for Professional Excellence in Coaching (iPEC). He holds BS in accountancy from Providence College, and a master’s of business administration degree with a concentration in finance from Providence College’s School of Business. For thirty years, he’s worked in and around the automobile business. For the last six of those years, he’s worked to become the top coach on Ford Motor Company’s Consumer Experience Movement (CEM) project, covering twenty-three dealerships in seven states. He is also responsible for CEM Inside, Ford Motor Company’s regional initiative to bring the work done by coaches in the field to its own field staff, and has worked with BMW North America and their half-owned subsidiary, The Retail Performance Company, to develop a coaching initiative and workshop. He and his wife live in Rhode Island with their two St. Bernards, Goliath and Petunia. His son attends UCLA.