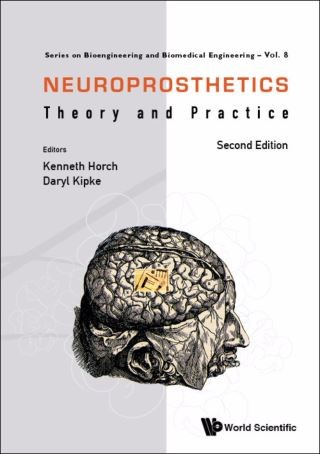 This is an updated and abridged edition of the original volume published in 2004. Like its predecessor it is targeted for students of bioengineering, biomedical engineering, applied physiology, biological cybernetics and related fields; for engineers and scientists who have an interest in neuroprosthetics; and for medical practitioners using products of that field.

The practice of neuroprosthetics requires a fundamental understanding of the anatomy and physiology of the nervous system, mathematical neurobiology, material science, electrochemistry, and electrophysiology. The text assumes some familiarity with basic anatomy, physiology, calculus, electrophysiology and bioinstrumentation, which typically are covered in undergraduate and first year graduate bioengineering curricula. These areas are also reviewed here, with the aim of consolidating principles fundamental to understanding the field. With that as background, the book then presents an overview of the field with detailed emphasis in selected areas of neural interfaces and neuroprostheses. The covered topics provide readers with sufficient information to understand the theory, rationale, design, and functioning of neuroprosthetic devices currently in clinical use and under development.

The current volume is shorter than its predecessor. This has been achieved by reducing some of the repetition present in certain chapters of the earlier edition and eliminating a few chapters whose topics are now well covered in review literature readily available on the internet and elsewhere. Two chapters have been retained in their original versions to provide important background material, but the remaining chapters have either been revised by their original authors or replaced by new versions written by different authors. In addition new topics have been added to the section on existing systems.