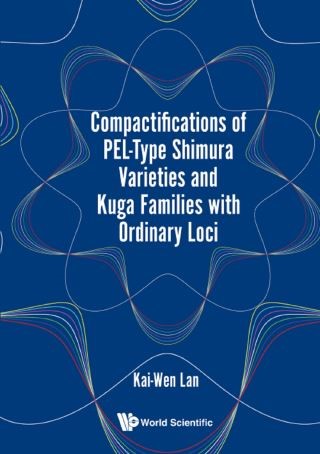 This book is a comprehensive treatise on the partial toroidal and minimal compactifications of the ordinary loci of PEL-type Shimura varieties and Kuga families, and on the canonical and subcanonical extensions of automorphic bundles. The results in this book serve as the logical foundation of several recent developments in the theory of p-adic automorphic forms; and of the author's work with Harris, Taylor, and Thorne on the construction of Galois representations without any polarizability conditions, which is a major breakthrough in the Langlands program.

This book is important for active researchers and graduate students who need to understand the above-mentioned recent works, and is written with such users of the theory in mind, providing plenty of explanations and background materials, which should be helpful for people working in similar areas. It also contains precise internal and external references, and an index of notation and terminologies. These are useful for readers to quickly locate materials they need.