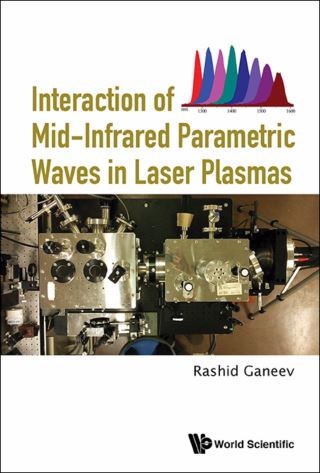 It is interesting to analyze the application of mid-infrared (MIR, 1000–5000 nm) radiation to study the dynamics of the nonlinear optical response of ablated molecular structures compared with commonly used Ti: sapphire lasers for plasma high-order harmonic generation (HHG), including the studies of extended harmonics at a comparable conversion efficiency with shorter wavelength laser sources, and a search for new opportunities in improvement of the HHG conversion efficiency in the mid-IR range, such as the application of clustered molecules. This book shows the most recent findings of various new schemes of the application of MIR pulses for HHG in laser-produced low-ionised, low-density plasma plumes, which could be dubbed for simplicity as 'plasma harmonics'. The use of any element of the periodic table, as well as thousands of complex samples that exist as solids largely extends the range of materials employed, whereas only a few rare gases are typically available for gas HHG. The exploration of practically any solid-state material through the nonlinear spectroscopy comprising laser ablation and harmonic generation can be considered as a new tool for materials science. Thus the MIR pump based laser-ablation-induced high-order harmonic generation spectroscopy can be considered a new method for the study of materials and one of most important applications of plasma HHG.