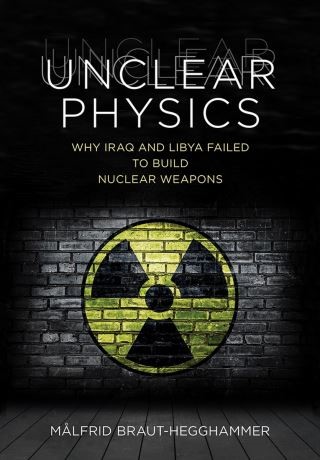 Why Iraq and Libya Failed to Build Nuclear Weapons

Many authoritarian leaders want nuclear weapons, but few manage to acquire them. Autocrats seeking nuclear weapons fail in different ways and to varying degrees—Iraq almost managed it; Libya did not come close. In Unclear Physics, Malfrid Braut-Hegghammer compares the two failed nuclear weapons programs, showing that state capacity played a crucial role in the trajectory and outcomes of both projects. Braut-Hegghammer draws on a rich set of new primary sources, collected during years of research in archives, fieldwork across the Middle East, and interviews with scientists and decision makers from both states. She gained access to documents and individuals that no other researcher has been able to consult. Her book tells the story of the Iraqi and Libyan programs from their origins in the late 1950s and 1960s until their dismantling.This book reveals contemporary perspectives from scientists and regime officials on the opportunities and challenges facing each project. Many of the findings challenge the conventional wisdom about clandestine weapons programs in closed authoritarian states and their prospects of success or failure. Braut-Hegghammer suggests that scholars and analysts ought to pay closer attention to how state capacity affects nuclear weapons programs in other authoritarian regimes, both in terms of questioning the actual control these leaders have over their nuclear weapons programs and the capability of their scientists to solve complex technical challenges.