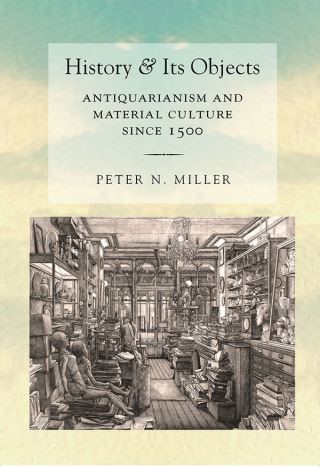 History and Its Objects

Antiquarianism and Material Culture since 1500

Cultural history is increasingly informed by the history of material culture—the ways in which individuals or entire societies create and relate to objects both mundane and extraordinary—rather than on textual evidence alone. Books such as The Hare with Amber Eyes and A History of the World in 100 Objects indicate the growing popularity of this way of understanding the past. In History and Its Objects, Peter N. Miller uncovers the forgotten origins of our fascination with exploring the past through its artifacts by highlighting the role of antiquarianism—a pursuit ignored and derided by modem academic history—in grasping the significance of material culture.From the efforts of Renaissance antiquarians, who reconstructed life in the ancient world from coins, inscriptions, seals, and other detritus, to amateur historians in the nineteenth century working within burgeoning national traditions, Miller connects collecting—whether by individuals or institutions—to the professionalization of the historical profession, one which came to regard its progenitors with skepticism and disdain. The struggle to articulate the value of objects as historical evidence, then, lies at the heart both of academic history-writing and of the popular engagement with things. Ultimately, this book demonstrates that our current preoccupation with objects is far from novel and reflects a human need to reexperience the past as a physical presence.

Peter N. Miller is Dean and Professor at Bard Graduate Center. He is the author most recently of Peiresc's Mediterranean World, editor of Cultural Histories of the Material World, and coeditor of Antiquarianism and Intellectual Life in Europe and China, 1500–1800.