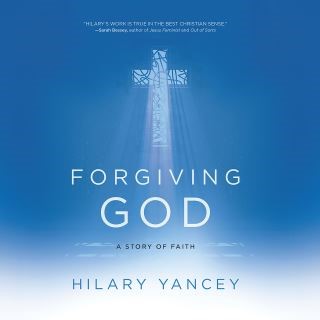 A Story of Faith

A young mother's life is forever changed and her faith in God is broken when her son in diagnosed with complex physical disabilities. Restore and grow your faith as you read about Hilary Yancey's personal journey back to God.

Three months into her pregnancy with her first child, Hilary Yancey received a phone call that changed everything. As she learned the diagnosis-cleft lip and palate, a missing right eye, possible breathing complications-Hilary began to pray in earnest. Even in the midst of these findings, she prayed that God would heal her son. God could do a miracle unlike anything she had seen. Only when Hilary held her baby, Jack, in her arms for the first time did she realize God had given her something drastically different than what she had demanded.
Hilary struggled to talk to God as she sat for six weeks beside Jack's crib in the NICU. She consented to surgeries and learned to care for a breathing tube and gastronomy button. In her experience with motherhood Hilary had become more familiar with the sound of her son's heart monitor than the sound of his heartbeat. Later, during surgeries and emergency trips back to the hospital with her crying, breathless boy, Hilary reproached the stranger God had become.
Jack was different. Hilary was not the mother she once imagined. God was not who Hilary knew before. But she could not let go of one certainty-she could see the image of Christ in Jack's face. Slowly, through long nights of wrestling and longer nights of silence, Hilary cut a path through her old, familiar faith to the God behind it. She discovered that it is by walking out onto the water, where the firm ground gives way, that we can find him. And meeting Jesus, who rises with his scars to proclaim new life, is never what you once imagined.