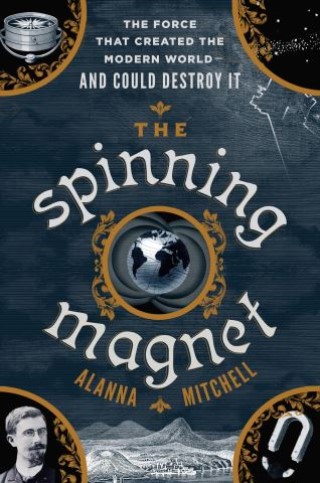 Alanna Mitchell's globe-trotting history of the science of electromagnetism and the Earth's magnetic field--right up to the latest indications that the North and South Poles may soon reverse, with apocalyptic results--will soon change the way you think about our planet.

Award-winning journalist Alanna Mitchell's science storytelling introduce intriguing characters--from the thirteenth-century French investigations into magnetism and the Victorian-era discover that electricity and magnetism emerge from the same fundamental force to the latest research. No one has ever told so eloquently how the Earth itself came to be seen as a magnet, spinning in space with two poles, and that those poles have dramatically reversed many time, often coinciding with mass extinctions. The most recent reversal was 780,000 years ago.

Mitchell explores indications that the Earth's magnetic force field is decaying faster than previously thought. When the poles switch, a process that takes many years, the Earth is unprotected from solar radiation storms that would, among other disturbances, wipe out much and possible all of our electromagnetic technology. Navigation for all kinds of animals is disrupted without a stable, magnetic North Pole. But can you imagine no satellites, no Internet, no smartphones--maybe no power grids at all?

Alanna Mitchell offers a beautifully crafted narrative history of surprising ideas and science, illuminating invisible parts of our own planet that are constantly changing around us.

Alanna Mitchell: ALANNA MITCHELL is an acclaimed science journalist and author of Sea Sick: The Global Ocean in Crisis, which won the Grantham Prize for excellence in environmental journalism. She won a National Magazine Award in 2014 for a feature on the biology of extinction and in 2015 won a New York International Radio Festival Silver Medal for her science documentary on neonicotinoid pesticides. She has written for The New York Times Science section and is a contributor to CBC Radio's Quirks & Quarks. She lives in Toronto, Canada.