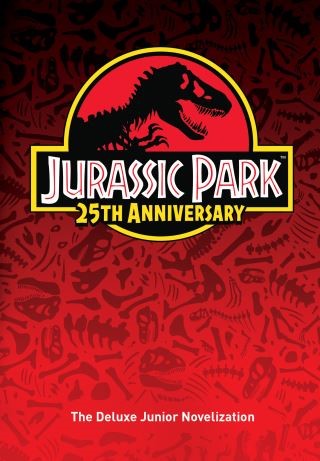 Celebrate the 25th Anniversary of Jurassic Park with this amazing novelization!

In 1993 Academy Award®-winning director Steven Spielberg introduced audiences everywhere to Jurassic Park, which instantly became a worldwide phenomenon that is still regarded as one of the greatest blockbuster films of all time. This deluxe hardcover reissue of the original novelization retells the whole exciting story of dinosaurs run amok and features an expanded insert of full-color scenes from the movie!

Gail Herman: Gail Herman has written many books for children, including easy-to-reads such as Flower Girl, Otto the Cat, What a Hungry Puppy, and Step into Reading's own The Lion and the Mouse and There Is a Town. She has also written has written several biographies and nonfiction books, including Who Was Jackie Robinson? and What Is the World Series? She lives in Newton, Massachusetts.