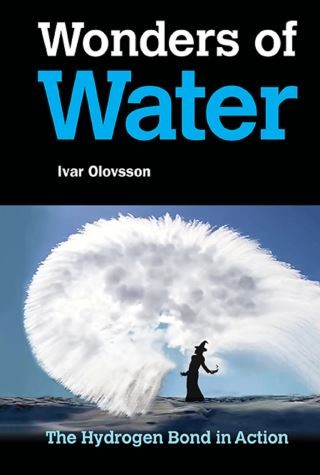 The Hydrogen Bond in Action

The book presents the fantastic world of water in all its different forms, from liquid to ice and snow. This book is amply illustrated with a large number of beautiful pictures with. Water plays a unique role in chemistry. The special properties of water are due to hydrogen bonding between the H2O molecules. The hydrogen bond is of fundamental importance in biological systems since all living matter has evolved from and exists in an aqueous environment, and hydrogen bonds are involved in most biological processes. There is a hundred times more water molecules in our bodies than the sum of all the other molecules put together.

The unique properties of water are of great importance in our daily life. The origin of these special properties is often not recognized. Even among chemists and physicists, the fundamental facts are not always known. In spite of very active research, there are still many questions to be answered about the structure of liquid water, for instance.

The book differs from most books on water as it covers basic facts about structure and properties as well as the influence of these properties in our daily life. Why does ice float on water? Why is the maximum density of water at 4°C? The beauty of snow crystals is amply illustrated, and many of the pictures are unique.