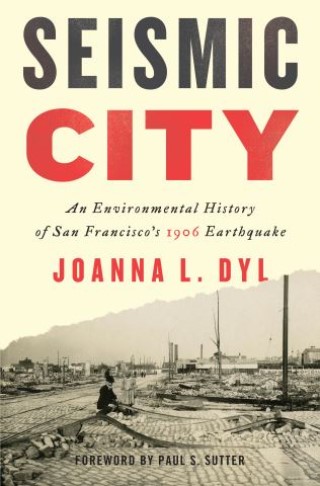 On April 18, 1906, a 7.8-magnitude earthquake shook the San Francisco region, igniting fires that burned half the city. The disaster in all its elements — earthquake, fires, and recovery — profoundly disrupted the urban order and challenged San Francisco’s perceived permanence.

The crisis temporarily broke down spatial divisions of class and race and highlighted the contested terrain of urban nature in an era of widespread class conflict, simmering ethnic tensions, and controversial reform efforts. From a proposal to expel Chinatown from the city center to a vision of San Francisco paved with concrete in the name of sanitation, the process of reconstruction involved reenvisioning the places of both people and nature. In their zeal to restore their city, San Franciscans downplayed the role of the earthquake and persisted in choosing patterns of development that exacerbated risk.

In this close study of the 1906 San Francisco earthquake, Joanna L. Dyl examines the decades leading up to the catastrophic event and the city’s recovery from it. Combining urban environmental history and disaster studies, Seismic City demonstrates how the crisis and subsequent rebuilding reflect the dynamic interplay of natural and human influences that have shaped San Francisco.