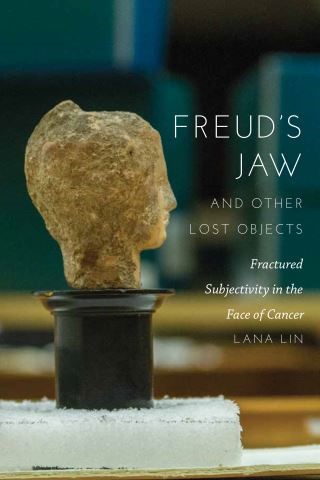 Freud's Jaw and Other Lost Objects

Fractured Subjectivity in the Face of Cancer

What does it mean to live with life-threatening illness? How does one respond to loss? Freud’s Jaw and Other Lost Objects attempts to answer these questions and, as such, illuminates the vulnerabilities of the human body and how human beings suffer harm. In particular, it examines how cancer disrupts feelings of bodily integrity and agency.

Employing psychoanalytic theory and literary analysis, Lana Lin tracks three exemplary figures, psychoanalyst Sigmund Freud, poet Audre Lorde, and literary and queer theorist Eve Kosofsky Sedgwick. Freud’s sixteen-year ordeal with a prosthetic jaw, the result of oral cancer, demonstrates the powers and failures of prosthetic objects in warding off physical and psychic fragmentation. Lorde’s life writing reveals how losing a breast to cancer is experienced as yet another attack directed toward her racially and sexually vilified body. Sedgwick’s memoir and breast cancer advice column negotiate her morbidity by disseminating a public discourse of love and pedagogy. Lin concludes with an analysis of reparative efforts at the rival Freud Museums in London and Vienna. The disassembled Freudian archive, like the subjectivities-in-dissolution upon which the book focuses, shows how the labor of integration is tethered to persistent discontinuities.

Freud’s Jaw asks what are the psychic effects of surviving in proximity to one’s mortality, and it suggests that violences stemming from social, cultural, and biological environments condition the burden of such injury. Drawing on psychoanalyst Melanie Klein’s concept of “reparation,” wherein constructive forces are harnessed to repair damage to internal psychic objects, Lin proposes that the prospect of imminent destruction paradoxically incites creativity. The afflicted are obliged to devise means to reinstate, at least temporarily, their destabilized physical and psychic unity through creative, reparative projects of love and writing.

Lana Lin: Lana Lin is Associate Professor in the School of Media Studies at The New School, New York.