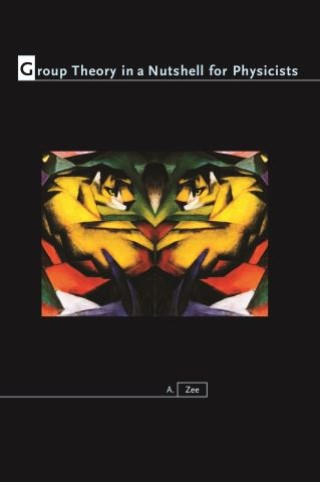 Group Theory in a Nutshell for Physicists

Although group theory is a mathematical subject, it is indispensable to many areas of modern theoretical physics, from atomic physics to condensed matter physics, particle physics to string theory. In particular, it is essential for an understanding of the fundamental forces. Yet until now, what has been missing is a modern, accessible, and self-contained textbook on the subject written especially for physicists.

Group Theory in a Nutshell for Physicists fills this gap, providing a user-friendly and classroom-tested text that focuses on those aspects of group theory physicists most need to know. From the basic intuitive notion of a group, A. Zee takes readers all the way up to how theories based on gauge groups could unify three of the four fundamental forces. He also includes a concise review of the linear algebra needed for group theory, making the book ideal for self-study.

A. Zee: A. Zee is professor of physics at the Kavli Institute for Theoretical Physics at the University of California, Santa Barbara. His books include Quantum Field Theory in a Nutshell, Einstein Gravity in a Nutshell, and Fearful Symmetry: The Search for Beauty in Modern Physics (all Princeton).