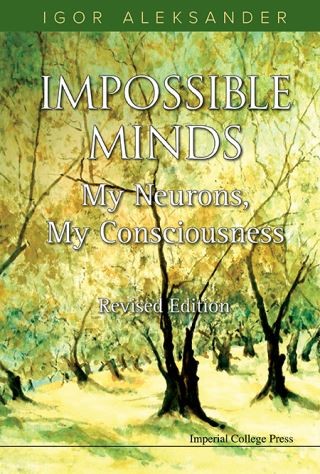 Impossible Minds: My Neurons, My Consciousness has been written to satisfy the curiosity each and every one of us has about our own consciousness. It takes the view that the neurons in our heads are the source of consciousness and attempts to explain how this happens. Although it talks of neural networks, it explains what they are and what they do in such a way that anyone may understand. While the topic is partly philosophical, the text makes no assumptions of prior knowledge of philosophy; and so contains easy excursions into the important ideas of philosophy that may be missing in the education of a computer scientist. The approach is pragmatic throughout; there are many references to material on experiments that were done in our laboratories.The first edition of the book was written to introduce curious readers to the way that the consciousness we all enjoy might depend on the networks of neurons that make up the brain. In this second edition, it is recognized that these arguments still stand, but that they have been taken much further by an increasing number of researchers. A post-script has now been written for each chapter to inform the reader of these developments and provide an up-to-date bibliography. A new epilogue has been written to summarize the state-of-the art of the search for consciousness in neural automata, for researchers in computation, students of philosophy, and anyone who is fascinated by what is one of the most engaging scientific endeavours of the day.This book also tells a story. A story of a land where people think that they are automata without much in the way of consciousness, a story of cormorants and cliffs by the sea, a story of what it might be like to be a conscious machine …