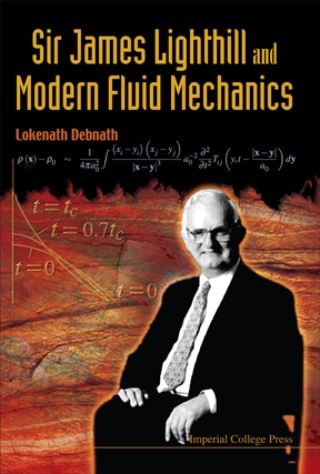 This is perhaps the first book containing biographical information of Sir James Lighthill and his major scientific contributions to the different areas of fluid mechanics, applied mathematics, aerodynamics, linear and nonlinear waves in fluids, geophysical fluid dynamics, biofluiddynamics, aeroelasticity, boundary layer theory, generalized functions, and Fourier series and integrals. Special efforts is made to present Lighthill's scientific work in a simple and concise manner, and generally intelligible to readers who have some introduction to fluid mechanics. The book also includes a list of Lighthill's significant papers.Written for the mathematically literate reader, this book also provides a glimpse of Sir James' serious attempt to stimulate interest in mathematics and its diverse applications among the general public of the world, his profound influence on teaching of mathematics and science with newer applications, and his deep and enduring concern on enormous loss of human lives, economic and marine resources by natural hazards. By providing detailed background information and knowledge, sufficient to start interdisciplinary research, it is intended to serve as a ready reference guide for readers interested in advanced study and research in modern fluid mechanics.