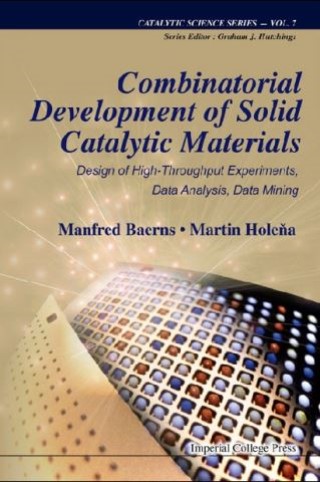 The book provides a comprehensive treatment of combinatorial development of heterogeneous catalysts. In particular, two computer-aided approaches that have played a key role in combinatorial catalysis and high-throughput experimentation during the last decade — evolutionary optimization and artificial neural networks — are described. The book is unique in that it describes evolutionary optimization in a broader context of methods of searching for optimal catalytic materials, including statistical design of experiments, as well as presents neural networks in a broader context of data analysis. It is the first book that demystifies the attractiveness of artificial neural networks, explaining its rational fundamental — their universal approximation capability. At the same time, it shows the limitations of that capability and describes two methods for how it can be improved. The book is also the first that presents two other important topics pertaining to evolutionary optimization and artificial neural networks: automatic generating of problem-tailored genetic algorithms, and tuning evolutionary algorithms with neural networks. Both are not only theoretically explained, but also well illustrated through detailed case studies.