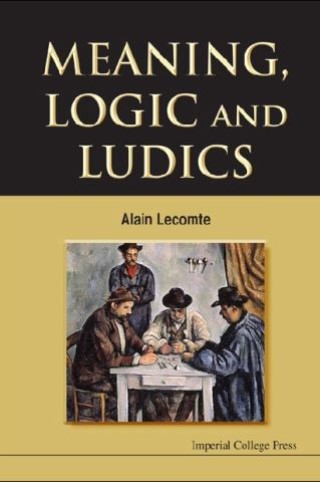 This book presents several recent advances in natural language semantics and explores the boundaries between syntax and semantics over the last two decades. It is based on some of the most recent theories in logic, such as linear logic and ludics, first created by Jean-Yves Girard, and it also provides some sharp analyses of computational semantical representations, explaining advanced theories in theoretical computer sciences, such as the lambda-mu and Lambek-Grishin calculi which were applied by Philippe de Groote and Michael Moortgat. The author also looks at Aarne Ranta's ‘proof as meaning’ approach, which was first based on Martin-Löf's Type Theory.Meaning, Logic and Ludics surveys the many solutions which have been proposed for the syntax-semantics interface, taking into account the specifications of linguistic signs (continuous or discontinuous) and the fundamental mechanisms developed by linguists and notable Generativists. This pioneering publication also presents ludics (in a chapter co-authored with Myriam Quatrini), a framework which allows us to characterize meaning as an invariant with regard to interaction between processes. It is an excellent book for advanced students, and academics alike, in the field of computational linguistics.