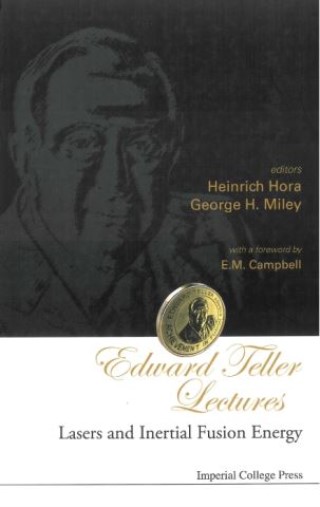 How to achieve unlimited, safe, clean and low-cost energy by laser- or beam-driven inertial nuclear fusion has preoccupied all winners of the Edward Teller Medal since its inception in 1991. This book presents their findings, meeting discussions, and personal insights from Edward Teller himself. Expect discussion of important advances anticipated in the future such as multi-billion dollar fusion research projects (NIF), and new schemes such as the petawatt-picosecond laser-plasma interactions evoking new physics and coupling mechanisms.For the first time, laser technology of the new century is providing the very short and extremely intense energetic pulses needed for fusion energy from next generation power stations, which produce energy at several times lower cost than any other source. The long-sought dream to directly ignite frozen heavy hydrogen for controlled use is close to being realized. Years of research on plasmas and lasers carried out worldwide in highly sophisticated experiments is summarized. The coverage begins with the work of John Nuckolls and Nobel Laureate Nikolai Basov and leads to the new scheme of plasma block acceleration via the nonlinear ponderomotive force. Edward Teller Lectures is one of the first guides to these new developments.