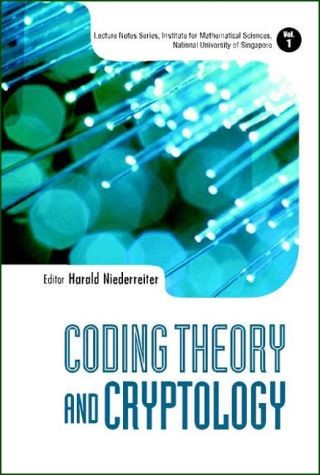 The inaugural research program of the Institute for Mathematical Sciences at the National University of Singapore took place from July to December 2001 and was devoted to coding theory and cryptology. As part of the program, tutorials for graduate students and junior researchers were given by world-renowned scholars. These tutorials covered fundamental aspects of coding theory and cryptology and were designed to prepare for original research in these areas. The present volume collects the expanded lecture notes of these tutorials. The topics range from mathematical areas such as computational number theory, exponential sums and algebraic function fields through coding-theory subjects such as extremal problems, quantum error-correcting codes and algebraic-geometry codes to cryptologic subjects such as stream ciphers, public-key infrastructures, key management, authentication schemes and distributed system security.