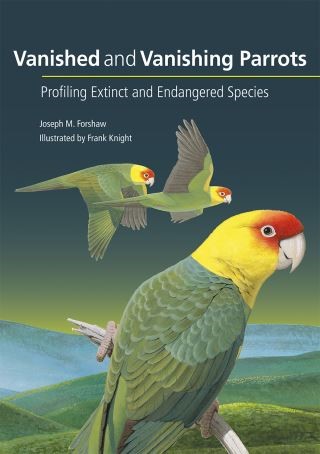 Joseph M. Forshaw, one of the world’s leading authorities on parrots, calls attention to the threats they face: they are one of the most endangered groups of birds, with a growing number of species nearing extinction. The main threats arise from habitat loss through deforestation and agricultural development and from the taking of birds for the international live-bird trade. Vanished and Vanishing Parrots brings together information on species that have become extinct in historical times with information on species that are in danger of becoming extinct to increase public awareness of the plight of these magnificent birds. Vivid colour plates by the wildlife artist Frank Knight draw attention to the spectacular species that we have lost or that could be lost. Forshaw’s work gives us fascinating insight into these endangered and extinct parrots. Vanished and Vanishing Parrots will be a valuable reference for scientific, ornithological and avicultural organisations, as well as individual lovers of birds and of illustrated natural history books. Announced Highly Commended at the 2018 Whitley Awards