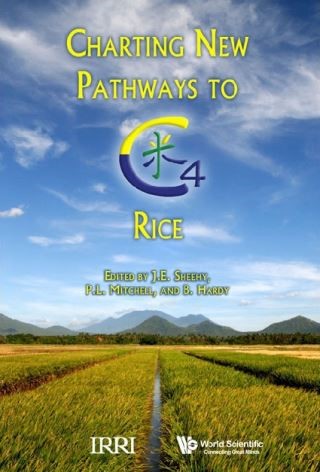 Feeding Asia in the 21st century will require a second Green Revolution. However, unlike in the first generation, future yield increases will have to be grown using less water and nitrogen in a world of unfavorable climate change — this can only be done by increasing the efficiency of the photosynthetic system, i.e. developing a C4 rice plant. If and when achieved, it would be the first nonevolutionary example of reconstructing the primary metabolism of a plant. The impact of such a scientific achievement would be undeniable, but it requires either a superb feat of genetic engineering or forced evolution.This book describes the alternative ways of achieving C4 photosynthesis in rice. Featuring contributions from leading experts, case studies are used to present views on how C4 rice might be constructed and applied, along with the socioeconomic implications that it entails. Ultimately, readers will be better informed about this highly relevant and timely topic of improving rice yield in a global environment grappling with unpredictable climate change.