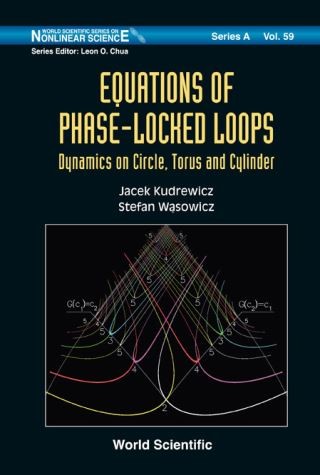 Equations Of Phase-locked Loops: Dynamics On Circle, Torus And Cylinder

Dynamics on the Circle, Torus and Cylinder

Phase-Locked Loops (PLLs) are electronic systems that can be used as a synchronized oscillator, a driver or multiplier of frequency, a modulator or demodulator and as an amplifier of phase modulated signals. This book updates the methods used in the analysis of PLLs by drawing on the results obtained in the last 40 years. Many are published for the first time in book form. Nonlinear and deterministic mathematical models of continuous-time and discrete-time PLLs are considered and their basic properties are given in the form of theorems with rigorous proofs. The book exhibits very beautiful dynamics, and shows various physical phenomena observed in synchronized oscillators described by complete (not averaged) equations of PLLs. Specially selected mathematical tools are used — the theory of differential equations on a torus, the phase-plane portraits on a cyclinder, a perturbation theory (Melnikov's theorem on heteroclinic trajectories), integral manifolds, iterations of one-dimensional maps of a circle and two-dimensional maps of a cylinder. Using these tools, the properties of PLLs, in particular the regions of synchronization are described. Emphasis is on bifurcations of various types of periodic and chaotic oscillations. Strange attractors in the dynamics of PLLs are considered, such as those discovered by Rössler, Henon, Lorenz, May, Chua and others.