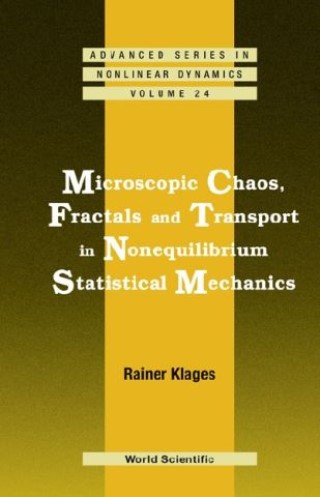 A valuable introduction for newcomers as well as an important reference and source of inspiration for established researchers, this book provides an up-to-date summary of central topics in the field of nonequilibrium statistical mechanics and dynamical systems theory.Understanding macroscopic properties of matter starting from microscopic chaos in the equations of motion of single atoms or molecules is a key problem in nonequilibrium statistical mechanics. Of particular interest both for theory and applications are transport processes such as diffusion, reaction, conduction and viscosity.Recent advances towards a deterministic theory of nonequilibrium statistical physics are summarized: Both Hamiltonian dynamical systems under nonequilibrium boundary conditions and non-Hamiltonian modelings of nonequilibrium steady states by using thermal reservoirs are considered. The surprising new results include transport coefficients that are fractal functions of control parameters, fundamental relations between transport coefficients and chaos quantities, and an understanding of nonequilibrium entropy production in terms of fractal measures and attractors.The theory is particularly useful for the description of many-particle systems with properties in-between conventional thermodynamics and nonlinear science, as they are frequently encountered on nanoscales.