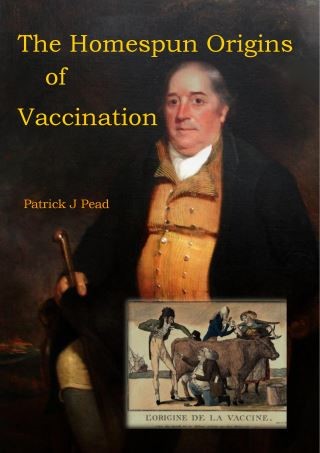 The Homespun Origins of Vaccination

If you think you know how vaccination began - think again - because its dawn is clouded in myth and misrepresentation. Not a ‘discovery or an ‘invention’, vaccination was a development of what had gone before. Man’s battle against infectious disease had started in the Far East long ago with strange but effective practices to prevent smallpox. The true process of vaccination was first conceived and performed during 1774 by a yeoman farmer named Benjamin Jesty who lived in Dorset, UK. This predated Dr Edward Jenner by 22 years. The author presents a brief history of an endeavour which eventually culminated in the global eradication of an infectious disease. Edward Jenner is rightly recognised as the father of vaccination, but one of Mankind’s greatest achievements had very humble beginnings. The first verified applications of an empirical vaccine took place in a field in a rural area of southern England by a little known historical figure – an ordinary man who did something extra-ordinary. His ‘experiment’ may have had much greater influence than is commonly supposed. Here is a fascinating story that is thought provoking, and one which sets the record straight. The Homespun Origins of Vaccination is a low cost, well illustrated e-book. It is suitable as an introduction for students, historians, those in the medical professions, or anyone with an interest in the topic