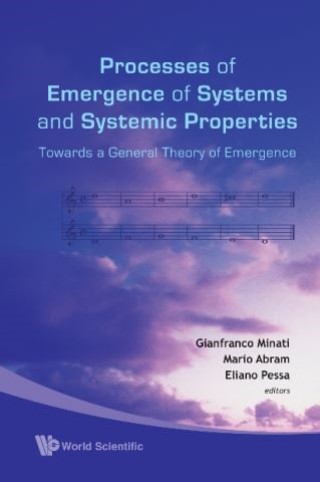 Processes Of Emergence Of Systems And Systemic Properties: Towards A General Theory Of Emergence - Proceedings Of The International Conference

Towards a General Theory of Emergence

This book contains the Proceedings of the 2007 Conference of the Italian Systems Society. Papers deal with the interdisciplinary study of processes of emergence, considering theoretical aspects and applications from physics, cognitive science, biology, artificial intelligence, economics, architecture, philosophy, music and social systems. Such an interdisciplinary study implies the need to model and distinguish, in different disciplinary contexts, the establishment of structures, systems and systemic properties. Systems, as modeled by the observer, not only possess properties, but are also able to make emergent new properties. While current disciplinary models of emergence are based on theories of phase transitions, bifurcations, dissipative structures, multiple systems and organization, the present volume focuses on both generalizing those disciplinary models and identifying correspondences and new more general approaches. The general conceptual framework of the book relates to the attempt to build a general theory of emergence as a general theory of change, corresponding to Von Bertalanffy's project for a general system theory.