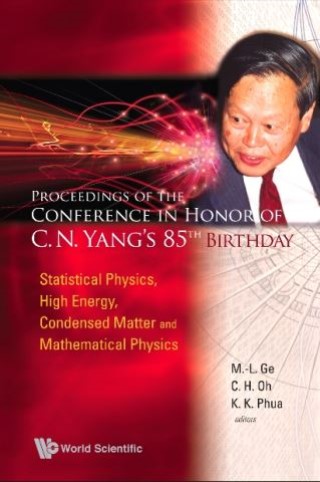 The Conference on Statistical Physics, High Energy, Condensed Matter and Mathematical Physics was held in honor of Professor Chen-Ning Yang's 85th birthday in Singapore in Oct-Nov 2007. The conference paid tribute to the breadth and depth of Professor Yang's achievements in physics and science education since he received his Nobel Prize in Physics fifty years ago.This notable birthday volume is a collection of the presentations made at the conference by many eminent scientists who had worked closely with him or who have been influenced to some extent by his work.