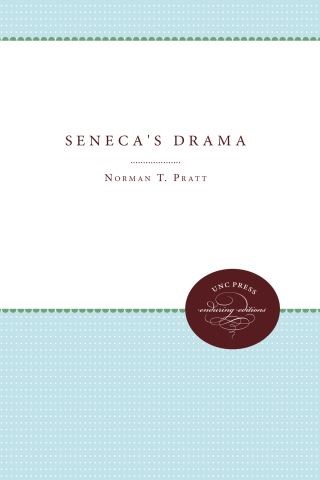 With insight and clarity, Norman Pratt makes available to the general reader an understanding of the major elements that shaped Seneca's plays. These he defines as Neo-Stoicism, declamatory rhetoric, and the chaotic, violent conditions of Senecan society.

Seneca's drama shows the nature of this society and uses freely the declamatory rhetorical techniques familiar to any well-educated Roman. But the most important element, Pratt argues, is Neo-Stoicism, including technical aspects of this philosophy that previously have escaped notice. With these ingredients Seneca transformed the themes and characters inherited from Greek drama, casting them in a form that so radically departs from the earlier drama that Seneca's plays require a different mode of criticism.

"The greatest need in the criticism of this drama is to understand its legitimacy as drama of a new kind in the anicent tradition," Pratt writes. "It cannot be explained as an inferior imitation of Greek tragedy because, though inferior, it is not imitative in the strict sense of the word and has its own nature and motivation."

Pratt shows the functional interrelationship among philosophy, rhetoric, and "society" in Seneca's nine plays and assesses the plays' dramatic qualities. He finds that however melodramatic the plays may seem to the modern reader, Seneca's own career as Nero's mentor, statesman, and spokesman was scarcely less tumultuous than the lives of his characters. When the Neo-Stoicism and rhetoric of the plays are charged with Seneca's own tortured, passionate life, Pratt concludes, "The result is inevitably melodrama, melodrama of such energy and force that it changed the course of Western drama."