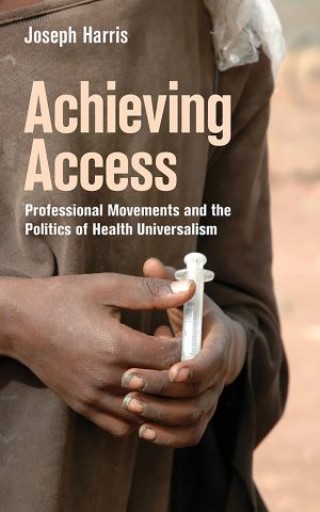 Professional Movements and the Politics of Health Universalism

At a time when the world’s wealthiest nations struggle to make health care and medicine available to everyone, why do resource-constrained countries make costly commitments to universal health coverage and AIDS treatment after transitioning to democracy? Joseph Harris explores the dynamics that made landmark policies possible in Thailand and Brazil but which have led to prolonged struggle and contestation in South Africa. Drawing on firsthand accounts of the people wrestling with these issues, Achieving Access documents efforts to institutionalize universal healthcare and expand access to life-saving medicines in three major industrializing countries.

In comparing two separate but related policy areas, Harris finds that democratization empowers elite professionals, such as doctors and lawyers, to advocate for universal health care and treatment for AIDS. Harris’s analysis is situated at the intersection of sociology, political science, and public health and will speak to scholars with interests in health policy, comparative politics, social policy, and democracy in the developing world. In light of the growing interest in health insurance generated by implementation of the Affordable Care Act (as well as the coming changes poised to be made to it), Achieving Access will also be useful to policymakers in developing countries and officials working on health policy in the United States.