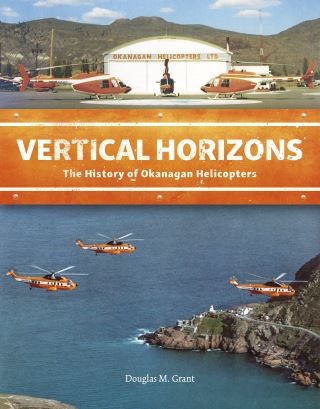 The History of Okanagan Helicopters

"Looking back over thirty years of flying for Okanagan, I see the experience has given me an interesting life. I have never really considered flying as work. It is more a way of life, a way of life that nourishes a free spirit, something that not many jobs can give you. I just cannot imagine anything I would... rather have done or any company I would have rather worked for."

In 1945, following years as an instructor, Carl Agar was honourably discharged from the British and Commonwealth Air Training Plan and moved to Penticton where he began looking for flying opportunities. A first attempt to start a flying club never took off but Agar and his partners Barney Bent and Alf Stringer were determined to get off the ground. They began looking at commercial ventures and in 1947 Okanagan Air Services (OAS) was formed to provide instruction and contract work. After a rough start--while demonstrating fruit spraying, Agar crashed a helicopter into power lines--the company got a break in May 1948 when the Fraser floods swamped the valley and OAS received a mosquito-spraying contract. From there the company flourished, going on to fly the first unaccompanied commercial helicopter ferry flight from Canada to the UK, monitor polar bears in the High Arctic, provide offshore oil rig support during monsoons, and, at the company's high point, operate in over 33 countries with 600 employees and 126 helicopters. Back home, Agar opened the Mountain Flying School in Penticton, which is still in operation today and has trained thousands of civilian and military pilots from all over the world.

Vertical Horizons is also the story of the employees who were pivotal to the success of the company. Individuals' experiences range from tragic to humorous and include a UFO sighting in the Arctic, witnessing the Jonestown massacre and a rescue of Vietnamese refugees off the coast of Thailand.

Featuring first-hand accounts, extensive research and a multitude of photographs, Vertical Horizons is the first-ever history of the company that pioneered flying high-mountain terrain--making it a must-read for any aviation buff.

Doug Grant joined the RAF in the 1960s at sixteen and was trained as an air radar technician. After serving for ten years, he began working in the avionics field, mainly on helicopters, for a number of companies including Bristow and Okanagan Helicopters. He spent the last sixteen years of his career instructing Avionics at the British Columbia Institute of Technology's airport campus. He retired in 2005 and now lives in West Kelowna, BC.