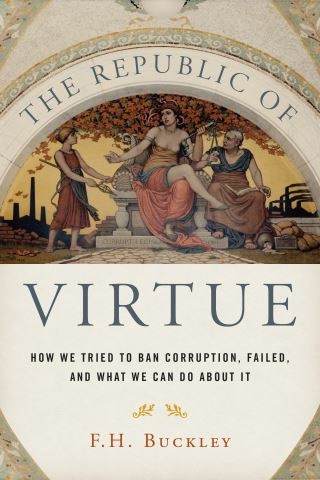 The Republic of Virtue

How We Tried to Ban Corruption, Failed, and What We Can Do About It

Public corruption is the silent killer of our economy. We’ve spawned the thickest network of patronage and influence ever seen in any country, a crony capitalism in which business partners with government and transfers wealth from the poor to the rich. This is a betrayal of the Framers’ vision for America, and of the Constitution they saw as an anti-corruption covenant. Most Americans get it, and this explains the otherwise improbable rise of Donald Trump and Bernie Sanders.

When a country is corrupt, legislative efforts to make things better can actually make them worse. That’s what has happened with our campaign finance laws, says the conservative, and not entirely without reason. We’ve criminalized political speech and sent the message that it’s unsafe to get involved in politics without a lawyer at one’s side. Donor disclosure requirements have also unleashed Internet mobs that attack political opponents.

We’d be better off without any of them, Buckley argues in this provocative book. They’re a net with the curious feature that the big fish swim through safely while only the little fish are caught, and those with the wrong political beliefs. All such rules are a disaster, and should be replaced by a different set of laws that focus on crony capitalism and the nexus of legislators and lobbyists that prey on our economy.