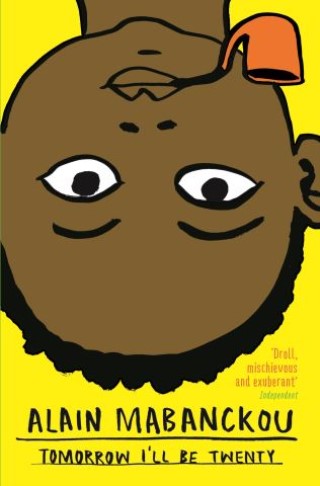 Michel is ten years old, living in Pointe Noire, Congo, in the 1970s. His mother sells peanuts at the market, his father works at the Victory Palace Hotel, and brings home books left behind by the white guests. Planes cross the sky overhead, and Michel and his friend Lounès dream about the countries where they'll land.

While news comes over the radio of the American hostage crisis in Tehran, the death of the Shah, the scandal of the Boukassa diamonds, Michel struggles with the demands of his twelve year old girlfriend Caroline, who threatens to leave him for a bully in the football team.

But most worrying for Michel, the witch doctor has told his mother that he has hidden the key to her womb, and must return it before she can have another child. Somehow he must find it. Tomorrow I'll Be Twenty is a humorous and poignant account of an African childhood, drawn from Alain Mabanckou's life.

Alain Mabanckou was born in 1966 in the Congo. He currently lives in LA, where he teaches literature at UCLA. He is the author of six volumes of poetry and six novels. He is the winner of the Grand Prix de la Litt�rature 2012, and has received the Subsaharan African Literature Prize and the Prix Renaudot. He was selected by the French journal Lire as one of the fifty writers to watch out for this coming century. His previous books include African Psycho (9781846686412), Broken Glass (9781846688157), Memoirs of a Porcupine (9781846687686) and Black Bazaar(9781846687778). In 2015 he was listed as a finalist for the Man Booker International Prize.
http://www.alainmabanckou.com/