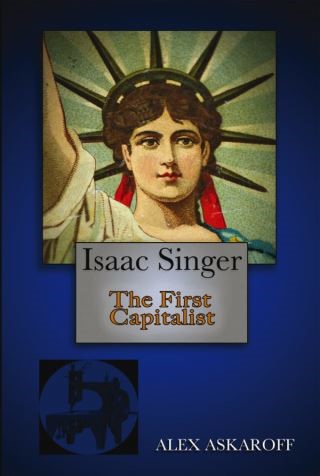 How many of history's great characters can really say they changed the world? One man that did was the son of an immigrant, Isaac Merritt Singer. He pursued the ultimate rags-to-riches dream and made that dream a reality, building castles and palaces along the way. Singer sewing machines have become a household name and for the first time, pain staking research, over two decades, has brought the fascinating story of this forgotten giant to life Isaac, Aged 12, ran away from a troubled home (and step mother) to a carnival passing through town. From living on his wits Isaac became one of the wealthiest men of his era. Isaac's inventions helped kick-start the growth that made America the first Super Power, long before the likes of Carnegie, Ford and Rockefeller. His business techniques, salesmanship and entrepreneurial skills eventually brought jobs to millions of people around the world and made Singer a household name. His story is inspirational, his wives and lovers, his empire building and his genius for invention. Isaac's unparallel business skills, his cold blooded ruthlessness (as he walks over the bones of his adversaries) and his final redemption is straight out of a Hollywood blockbuster. Isaac's story is one of wars and women; when he died he was married to the most beautiful woman in Europe, 30 years his junior. In his will he named over 20 of his children, making each one rich beyond their wildest dreams; they in turn led a life of unparalleled excess setting Europe ablaze with intrigue and scandal. Alex Askaroff, Master Craftsmen and renowned world expert of pioneering sewing machine inventors has just had his 10th book published. Amazingly it went straight to No1 best selling book of its kind. Interestingly over 90% of the sales have been abroad with 72% selling to the North American market. Not only is it a great read but you are learning about one of the fascinating hidden characters of history, a little runaway that set the world on fire. No fiction comes close. Isaac's story will blow your mind and may be the best tale that never made it to Hollywood.