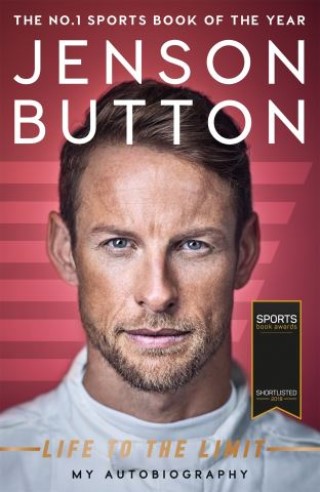 Jenson Button: Life to the Limit

LONGLISTED FOR THE WILLIAM HILL SPORTS BOOK OF THE YEAR 2018

This is my life, not the stuff you've seen, but the things you haven't. This is my childhood growing up in the West Country, my struggles, my doubts and my hopes.

It's the people I've met in my seventeen years in Formula One, many of whom I've loved, some of whom I definitely haven't. It's the laughs I've shared, the battles I've fought, some on the track with rivals and friends like Fernando Alonso, Lewis Hamilton and Sebastian Vettel.

It's the pressure I struggled with as I closed in on my World Championship in 2009, it's the calm I felt every time I settled into the cockpit. It's my dad - the many times he saved me, the one moment he doubted me, the hole in my life he left me. It's everything in one go, the good days as well as the bad. A life lived not just as a racing driver but, ultimately, as a human being.

Jenson Button: Born in Frome, Somerset, British Racing driver Jenson Button has been in Formula 1 for seventeen years, appearing in 308 grand prix, the second most in history. He won the 2009 Formula One World Championship, driving for Brawn GP. Outside of racing, he set up the Jenson Button Trust for his fundraising activities which includes the Jenson Button Triathlon which has raised money for Help For Heroes, Cancer Research and now Barnardo's.