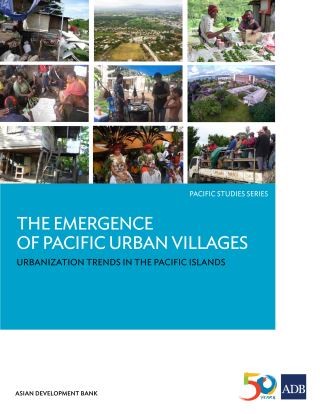 The Emergence of Pacific Urban Villages

Urbanization Trends in the Pacific Islands

This publication seeks to explain the nature of settlements termed “urban villages” as set within the context of growing levels of urbanization in contemporary Pacific towns and cities. It investigates the meaning and conceptualization of myriad forms of urban villages by examining the evolution of different types of settlement commonly known as native or traditional villages, and more recently squatter and informal settlements. It views village-like settlements such as squatter and informal settlements as a type of urban village, and examines the role these and other urban villages play in shaping and making the Pacific town and city and arguably, the Pacific village city. It presents key actions that Pacific countries and development partners need to consider as part of urban and national development plans when rethinking how to conceptualize the ongoing phenomena of urban villages while achieving a more equitable distribution of the benefits of urbanization.