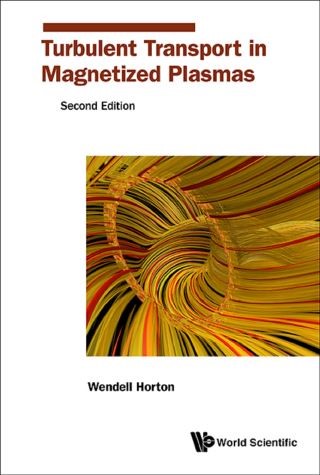 For a few seconds with large machines, scientists and engineers have now created the fusion power of the stars in the laboratory and at the same time find the rich range of complex turbulent electromagnetic waves that transport the plasma confinement systems. The turbulent transport mechanisms created in the laboratory are explained in detail in the second edition of "Turbulent Transport in Magnetized Plasmas" by Professor Horton.

The principles and properties of the major plasma confinement machines are explored with basic physics to the extent currently understood. For the observational laws that are not understood — the empirical confinement laws — offering challenges to the next generation of plasma students and researchers — are explained in detail. An example, is the confinement regime — called the "I–mode" — currently a hot topic — is explored.

Numerous important problems and puzzles for the next generation of plasma scientists are explained. There is growing demand for new simulation codes utilizing the massively parallel computers with MPI and GPU methods. When the 20 billion dollar ITER machine is tested in the 2020ies, new theories and faster/smarter computer simulations running in near real-time control systems will be used to control the burning hydrogen plasmas.