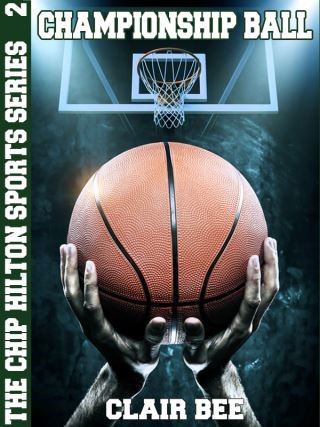 The basketball season was opening at Valley Falls High and Chip Hilton, star center of last year's varsity, had his leg in a cast. In spite of Doc Jones' encouraging words, it looked like curtains for a sports career which had started out so brilliantly under Coach Hank Rockwell’s canny tutelage. It was a bitter dose to swallow for a youngster with Chip's strong spirit and will to win. Many a kid in his shoes would have given in to self-pity and let the circumstances throw him. But because he loved the game and because of his loyalty to "the Rock" and to the school, Chip swallowed his pride and took over the uninspiring job of managing the basketball team. This is the story of Chip Hilton, manager, who with one bum leg and an unquenchable spirit, won the state championship for his team over all contenders, and won an even greater victory over himself.

CLAIR BEE, one of the most famous athletes in American collegiate history -- and later a winning coach -- has drawn upon his own experiences for two of the most unforgettable characters in sports’ fiction: Chip Hilton, the hero, and Hank Rockwell, the understanding coach.