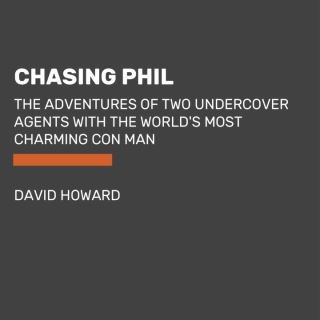 1977, the Thunderbird Motel. J.J. Wedick and Jack Brennan—two fresh-faced, maverick FBI agents—were about to embark on one of their agency's first wire-wearing undercover missions. Their target? Charismatic, globetrotting con man Phil Kitzer, whom some called the world's greatest swindler. From the Thunderbird, the three men took off to Cleveland, to Miami, to Hawaii, to Frankfurt, to the Bahamas—meeting other members of Kitzer's crime syndicate and powerful politicians and businessmen he fooled at each stop. But as the young agents, playing the role of proteges and co-conspirators, became further entangled in Phil's outrageous schemes over their months on the road, they also grew to respect him—even care for him. Meanwhile, Phil began to think of Jack and J.J. as best friends, sharing hotel rooms and inside jokes with them and even competing with J.J. in picking up women.

Phil Kitzer was at the center of dozens of scams in which he swindled millions of dollars, but the FBI was mired in a post-Watergate malaise and slow to pivot toward a new type of financial crime that is now all too familiar. Plunging into the field with no undercover training, the agents battled a creaky bureaucracy on their adventures with Phil, hoping the FBI would recognize the importance of their mission. Even as they grew closer to Phil, they recognized that their endgame—the swindler's arrest—was drawing near…

Anchored by larger-than-life characters, framed by exotic locales and an irresistible era, Chasing Phil is high drama and propulsive reading, delivered by an effortless storyteller.