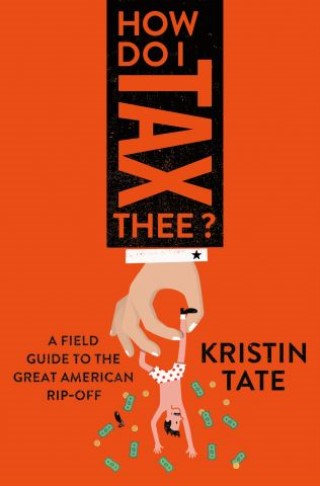 How Do I Tax Thee?

A Field Guide to the Great American Rip-Off

Libertarian journalist Kristin Tate provides a look into the wild world of frivolous taxation, aimed at educating members of her own generation in the evils of big government.

In How Do I Tax Thee?, libertarian commentator and rising media star Kristin Tate takes us on a tour of the ways the government bleeds us dry in innumerable daily transactions and at various stages of life.

We all know the government taxes our pay: federal, state, and local taxes are withheld by employers, as are social security payments. But what about the many other ways the government drains money from our wallets? Have you studied your cell phone bill? Customers in New York State pay an average of 24.36% in federal, state and local taxes on their wireless bills. They’re also charged for obscure services they didn’t ask for and don’t understand like a universal service fund fee, an FCC compliance fee, a line service fee, and an emergency services fee. These aren’t taxes, strictly speaking. The government imposes these administrative and regulatory costs, and your wireless provider passes them along to you. But the effect is exactly the same.

What about your cable bill? Your power bill? Your water bill? The cost of a gallon of gas, a cab ride, a hotel stay and a movie ticket are all inflated by hidden fees. How much of what you pay at the pump, the box office, or the airport is really an indirect tax?

In a series of short, pointed, fact-laden, humorous chapters, Tate exposes the vast government shakedown that consumes up to half of your income—and also explains where these hidden fees and taxes come from.

Kristin Tate: KRISTIN TATE is an author and political columnist based in New York City. She is an opinion contributor to The Hill, and appears regularly on Fox News, CNN, MSNBC, and PBS. Red Alert Politics and Newsmax Magazine have named her one of the most influential right-of-center leaders under the age of 30. Prior to shifting to the opinion field, she was a reporter for Breitbart News in Texas and was routinely featured on the Drudge Report. She serves on the Executive Board of The College Conservative.