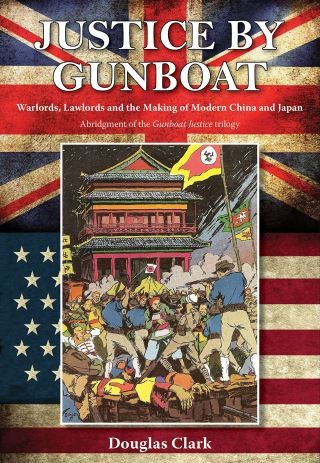 Warlords and Lawlords: The Making of Modern China and Japan

War, riots, rebellion, sedition, corruption, assassinations, murder, infidelity, and even a failed hanging. These were just some of the many challenges faced by the British and American courts that operated in China, Japan and Korea for close to a 100 years. Established in the mid 19th Century under treaties signed when foreign gunboats forced all three countries to open to the outside world, the foreign courts had the sole right to try their own nationals to the exclusion of local courts. This book unveils the history of this system of extraterritoriality. Based on original research through archives and hundreds of trial transcripts, Justice by Gunboat tells not only the story of the courts and how China and Ja-pan reacted to them but also of the fascinating lives of the judges, lawyers and parties before the courts. Extraterritoriality had a huge impact on the modern development of both China and Japan. For China, the period is now called the “Century of Humilia-tion”; for Japan the same era is celebrated. If you want to understand how both countries view the world - and each other - this book is a must read.A pathbreaking study of an important but long neglected topic, this book is a fascinating read and invaluable resource for anyone with an interest in law, empire and history in modern East Asia. —Dani Botsman, Professor of History, Yale University, Author of Punishment and Power in the Making of Modern JapanA vital read. Here we find a century of foreign judges, lawyers and consuls attempting to control a city that attracted a legion of adventurers, criminals and sharks like no other in history. Gunboat Justice reveals the intersection of Shanghai's formal administration and its dark underbelly. The most important book on Shanghai's history for several decades.—Paul French, author of Midnight in Peking, winner of the Edgar Allan Poe award for best Fact Crime writingFor the first time, we now have a comprehensive, well-informed and humane account of the people and procedures in the British and American courts of East Asia. Doug Clark's book brings that world to life, and restores it to its place in our histories of the era of the ‘unequal treaties'. —Robert Bickers, author of Empire Made Me and The Scramble for China 1832-1914

Douglas Clark: Douglas Clark is a lawyer currently practicing in Hong Kong. Originally from Australia, Doug studied Japanese at Nagata Senior High School in Kobe, Japan and Chinese and Chinese law at Fudan University in Shanghai. He also studied Korean for six months in Seoul. Armed with double degree in Asian Studies and Law from the Australian National University he commenced practice as a lawyer in Hong Kong in the mid-1990s. He was then based in Shanghai for 11 years where he set up and was Managing Partner of international law firm Hogan Lovells' Shanghai office. In 2011, wishing to return to courtroom advocacy he relocated to Hong Kong as a lawyer. Doug is the author of the Gunboat Justice trilogy, Patent Litigation in China and co-author of Civil Litigation in Hong Kong. He is also the associate producer of the art house movie, "I Really Hate My Job".