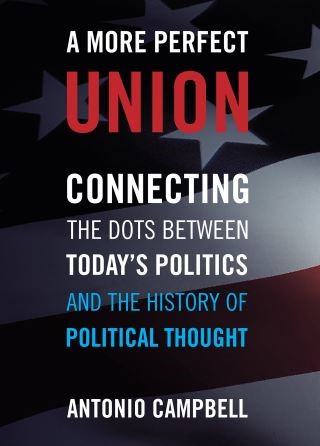 Being an American citizen today carries with it more rights and responsibilities than those possessed by any previous generation. Conservatives and liberals alike interpret the Constitution to define and protect our rights and separate the responsibilities of individuals from those of the federal government, and yet very few have read the document in total or understand how the founders of the Republic made the decisions surrounding our laws over 225 years ago.

In A More Perfect Union, Campbell applies the great political writing of the past to contemporary issues of today, connecting the rich political thought our Constitution stems from to how it is applied in the practice of modern politics. He asks profound questions about the policy initiatives that are necessary if American society is to survive. Our Founders anticipated debates between citizens with different opinions of what is right or wrong in American society and government; A More Perfect Union provides the groundwork to fuel those discussions as we further the “American experiment” illustrated in the American Constitution.

Antonio Campbell: Antonio Campbell has spent over three decades in the political sphere including working on Capitol Hill and serving as an appointee in the administration of President George W. Bush. Now a political science faculty member at Towson University, Campbell teaches courses in political theory, American government, urban politics, and religion and politics. He has served as honorary state-wide chairman of the Maryland 2012 Referendum Project and is currently a member of the National Governing Board for Republicans for Black Empowerment and chairman of the Black Republican Council for the Maryland Republican Party. Campbell's unique and informed perspective is a reflection of his real-world political experience and his knowledge of political theory.