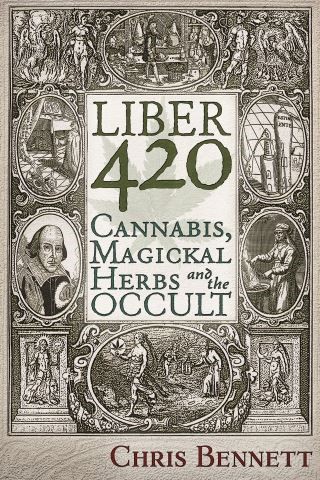 Cannabis, Magickal Herbs and the Occult

Although little known, cannabis and other psychoactive plants held a prominent and important role in the Occult arts of Alchemy and Magic, as well as being used in ritual initiations of certain secret societies. Find out about the important role cannabis played in helping to develop modern medicines through alchemical works. Cannabis played a pivotal role in spagyric alchemy, and appears in the works of alchemists such as Zosimos, Avicenna, Llull, Paracelsus, Cardano and Rabelais. Cannabis also played a pivotal role in medieval and renaissance magic and recipes with instructions for its use appear in a number of influential and important grimoires such as the Picatrix, Sepher Raxiel: Liber Salomonis, and The Book of Oberon. Could cannabis be the Holy Grail? With detailed historical references, the author explores the allegations the Templars were influenced by the hashish ingesting Assassins of medieval Islam, and that myths of the Grail are derived from the Persian traditions around the sacred beverage known as haoma, which was a preparation of cannabis,opium and other drugs. Many of the works discussed, have never been translated into English, or published in centuries. The unparalleled research in this volume makes it a potential perennial classic on the subjects of both medieval and renaissance history of cannabis, as well as the role of plants in the magical and occult traditions.

Chris Bennett: Chris Bennett has been researching the historical role of cannabis in the spiritual life of humanity for more than a quarter century. He is the co-author of Green Gold the Tree of Life: Marijuana in Magic and Religion (1995); Sex, Drugs, Violence and the Bible (2001); and the author of Cannabis and the Soma Solution (2010). He has contributed chapters on this subject for a number of published anthologies as well as numerous articles for various magazines. He lives in Vancouver, British Columbia.