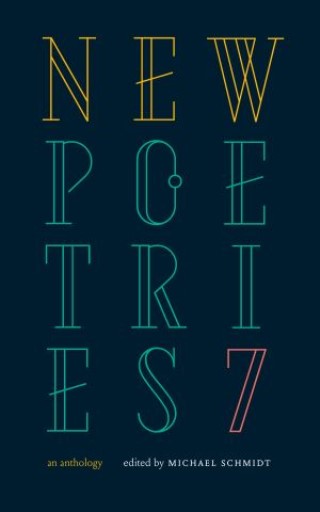 From the first New Poetries anthology, published in 1994, through to this seventh volume, the series showcases the work of some of the most engaging and inventive new poets writing in English from around the world. Many have gone on to achieve notable success: Sophie Hannah, Patrick McGuinness, Kei Miller, Caroline Bird, David Morley, Jane Yeh, William Letford, Tara Bergin, and Vahni Capildeo among them. Crucially, the New Poetries anthologies have never sought to identify a ‘school', much less a ‘generation': the poets included employ a wide range of styles, forms and approaches, and ‘new' need not be taken to imply ‘young'. Among the twenty-odd poets to be included in New Poetries VII, Zohar Atkins, Ned Denny, Andrew Wynn Owen and Phoebe Power all have first collections scheduled with Carcanet. Among others, new work by Luke Allan, Sumita Chakraborty, Mary Jean Chan, Katherine Horrex, Theophilus Kwek, Rachel Mann and Vala Thorodds will feature. Many of the poets in the anthology have come to Carcanet through the pages of PN Review.

Michael Schmidt: Michael Schmidt – poet, literary historian, critic and translator – was born in Mexico in 1947. He studied at Harvard and at Wadham College, Oxford, where he established Carcanet Press. He has taught in Manchester and Glasgow, was poet in residence at St John's College, Cambridge, and will be a visiting scholar at Trinity College, Cambridge in 2017–18. He is founder and General Editor of PN Review and Publisher at Carcanet.