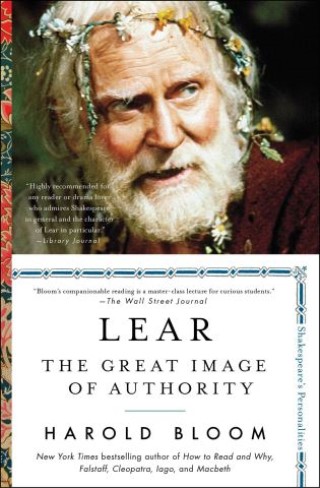 The Great Image of Authority

From one of the greatest Shakespeare scholars of our time, a beloved professor who has taught the Bard for over half a century—an intimate, wise, deeply compelling portrait of Lear, arguably Shakespeare’s most tragic and compelling character, the third in a series of five short books hailed as Harold Bloom’s “last love letter to the shaping spirit of his imagination” (The New York Times Book Review).

King Lear is one of the most famous and compelling characters in literature. The aged, abused monarch—a man in his eighties, like Bloom himself—is at once the consummate figure of authority and the classic example of the fall from grace and widely agreed to be Shakespeare’s most moving, tragic hero.

Award-winning writer and beloved professor Harold Bloom writes about Lear with wisdom, joy, exuberance, and compassion. He also explores his own personal relationship to the character: Just as we encounter one Anna Karenina or Jay Gatsby when we are seventeen and another when we are forty, Bloom writes about his shifting understanding—over the course of his own lifetime—of this endlessly compelling figure, so that the book also becomes an extraordinarily moving argument for literature as a path to and a measure of our humanity.

Bloom is mesmerizing in the classroom, wrestling with the often tragic choices Shakespeare’s characters make. Now he brings that insight to his “measured, thoughtful assessment of a key play in the Shakespeare canon” (Kirkus Reviews). “Lear is a “short, superb book that has a depth of observation acquired from a lifetime of study” (Publishers Weekly).